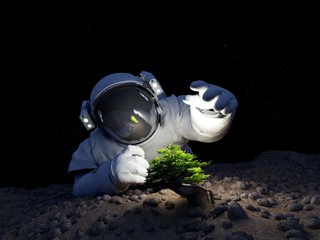 (Don’t forget to sign up to receive all of my blogs and updates automatically–simply hit the “Subscribe by Email” link on the menu icon at the top of the page!)

In my first blog on the angel-alien website, I would like to begin with something basic.  I do not mean “basic” to be understood as intellectually simple or unimportant.  Believe me; this topic is anything but simple or unimportant.  Instead, I intend the word “basic” to be equated with something more like the term “foundational.”  I would like to start with something that far too many well-intentioned people have never truly pondered, and something that those who hold to a slavishly materialistic worldview are (and always have been) either too disinterested or too afraid to explore.  Let’s start with life, and how it originated on this planet.

While Charles Darwin’s theory of evolution has been the dominant explanation for how life diversified on planet Earth since the latter part of the 19th century—and has been rather errantly dominant, in my opinion—the issue of abiogenesis (how life ever arose from non-life in first place) has had no equivalently “concrete” explanation.  That may be an understatement; science doesn’t have a clue how inorganic materials could have given rise to organic creatures.  Don’t allow the academic elite to tell you otherwise.  They have theories, yes, but no naturalistic explanation has emerged from the pack as a suitable match for the problem.

And what precisely is the problem?  Besides the inescapable impossibility of getting living matter from non-living matter, one of the major issues is the sheer complexity of life.  We see this wherever we look, particularly when we examine ourselves.  Researchers Ron Milo and Ron Sender—of the Weizmann Institute of Science—have proposed that the typical male body is made up of some thirty trillion cells.  Many scientists have actually hypothesized that there could be trillions more than that.  It is not simply the number that is baffling, either, but the complexity found within each one of those thirty trillion cells. With our ever-increasing understanding of the nature of the cell, we see that even the simplest units of life are anything but simple.  When asked on Ben Stein’s documentary, Expelled, what he would compare a human cell with—in comparison to the “simple” cell that Charles Darwin understood—esteemed philosopher David Berlinski simply replied, “a galaxy.”  Various others have suggested that an individual cell contains more information than the engineering on display within entire cities.  Harold P. Klein, the “father of Exobiology”, summarized the complexity involved in even basic life perfectly:  “The simplest bacterium is so damn complicated . . . that it is almost impossible to imagine how it happened.”

If the cell is such an amazingly intricate masterpiece, it should go without saying that everything comprised of mass collections of cells is all the more astonishing and naturalistically difficult to explain.  The nature of DNA has been another area where we are continuously baffled.  Speaking of Francis Crick’s (discussed momentarily) “Sequence Hypothesis”, philosopher of science Stephen Meyer observed the following:

“. . . it was the idea that along the spine of the DNA molecule there were four chemicals that functioned just like alphabetic characters in a written language or digital characters in a machine code. The DNA molecule is literally encoding information into alphabetic or digital form. And that’s a hugely significant discovery, because what we know from experience is that information always comes from an intelligence, whether we’re talking about hieroglyphic inscription or a paragraph in a book or a headline in a newspaper. If we trace information back to its source, we always come to a mind, not a material process. So the discovery that DNA codes information in a digital form points decisively back to a prior intelligence.”

In case one has an issue with the fact that I mentioned Stephen Meyer—who is currently the chief proponent of the Intelligent Design movement—other fields of scientific inquiry have lead us to precisely the same realizations about the information contained within DNA.  Bioengineer George Church and geneticist Sri Kosuri were able to store roughly 700 terabytes of data in a single gram of DNA.  The experiment was performed at Harvard’s Wyss Institute.  The reality that DNA contains a type of informational code, and that the best explanation for this informational code is that it has been written by some type of intelligent being/s, is a reality that crosses many realms of science.  It now seems to be an inescapable conclusion.

The more we understand about the nature of the cell and human DNA, the less “natural” it all looks.  Science has not explained how life originated on Earth, and it may not even be capable of accounting for the incredible complexity of life with any purely naturalistic hypothesis.

At some point, the typical variety of materialistic explanations—explanations that do not allow the possibility of something like a metaphysical “god” or a deity—had to give way to rather unconventional ones.

Enter the theories of panspermia.  Broadly speaking, the term “panspermia” refers to the idea that the basic compounds responsible for life originated elsewhere in the universe, and somehow ended up on earth and developed from there.  Nobel Prize-winning molecular biologist Francis Crick (with chemist Leslie Orgel) hypothesized that the difficulties in explaining both the origin of life and its incredible complexity may be best explained by intelligent beings from somewhere else in the cosmos.  In simpler terms, extraterrestrials are responsible for life on earth. This view was called “directed panspermia”, denoting that intelligent beings had “directed” this process on earth.  Yes, a Nobel Prize-winning scientist theorized that aliens seeded life on earth.

One of the primary reasons for Crick’s hypothesis was the nature of the aforementioned complexity of DNA.  Having co-discovered the nature of the DNA molecule with Dr. James Watson, Crick knew as well as anyone what type of incredible engineering was involved within it.  Specifically, the DNA molecule overwhelmingly appears to have been intelligently engineered.  Bear in mind that Crick was not some Jesuit priest or worldwide Christian evangelist; he was a man cut entirely from the cloth of secular science.  I suspect this is the only reason that his suggestion that a higher intelligence was responsible for the biological world was permitted to begin with, much less the reason why it is still around today.

But that’s just it—the scientific theory that life on Earth actually began somewhere else in the cosmos is not only still around, but it is more prevalent than ever.  This is one of the dirty little secrets that most within the evolutionary community simply do not want the world to know.  A 2004 article written by M.J. Burchell in the International Journal of Astrobiology discussed, among other things, the mathematical probabilities that life could have arrived here from other places (like Mars) in the universe.  A 2012 article in the Journal of Cosmology—titled “Transfer of Life-Bearing Meteorites from Earth to Other Planets”—discusses the various issues surrounding panspermia as well.  In fact, the entire May 2010 edition of the Journal of Cosmology  was comprised of articles dealing with the topic, “Panspermia: Transfer of Life Between Stars, Galaxies & Planets.”  Books have been written as well; Chandra Wickramasinghe’s 2014 work The Search for Our Cosmic Ancestry being one of the more recent examples.

I could go on, but the point should be clear: the notion that life arrived on Earth from somewhere else in the universe is not a fringe idea, but has been advanced by highly-trained, intelligent scientists around the globe.

Who could miss the irony of it all?  Those who are, as I mentioned at the beginning of this blog, slavishly materialistic have no problem labeling aliens as the cause of life on earth but shriek in terror at the forbidden “G” word (I mean God, of course).  Putting that aside for the time being, this entire discussion produces some interesting prospects.  Did extraterrestrials from another planet seed life on earth and engineer our progress, as ancient astronaut theorists suggest?  Is a metaphysical being like Yahweh responsible for the creation and proliferation of the human race, as literally hundreds of millions of Jews and Christians profess?  These are very important questions.  These are in fact the key questions couched within the angel-alien discussion.  Future investigations into the theory of directed panspermia may in fact be able to help us discover the true nature of our maker/s.

But for the moment, it is important to stop and take stock of these developments.  The essential point here is that those from the “ancient astronaut” background and those of us who believe in a creator God can do two things with regards to this issue: we can first extend our hands to one another in a gesture of unification, and we can also turn and do the same with many from within the scientific community.  If people from these various backgrounds—backgrounds that are often found to be in serious conflict with one another—can actually agree about one of the most foundational and important aspects of our existence, then perhaps there is genuine hope that other bridges can be built in the future.  Perhaps we can even work together in an effort to more fully understand the nature of the beings that are responsible for our species.

What could possibly be more important than that?

Journal of Cosmology. May, 2010. http://journalofcosmology.com/Contents7.html

I am a Christian teacher, author, and lecturer. Most importantly, I am a truth-seeker. My research has led me to both believe in and defend the veracity of the Bible, evaluating my own personal views in light of its teachings along the way. In addition to my blogs, I have written several books: "The Death Myth," "Mind Over Matter: the Necessity of Metaphysics in a Material World," "God Made the Aliens," and most recently, "Spiritual Things." My hope in these endeavors is to give skeptics reasons to believe, to strengthen the faith of those who already do, and to challenge each of us to truly evaluate our own worldviews. View all posts by Brian M. Rossiter

3 thoughts on “A Crick word about the origin of life”